The double opt-in approach has an additional step that is easily set. Basically, the extra action includes a confirmation step where the recipient receives a confirmation email to confirm the signup.

In order to create a double opt-in flow, you will need to start by creating a single opt-in subscription form – for a tutorial on it, click here.

Once the subscription form is created – choose a particular group to which the new subscribers will be added (you’ll be able to set that in the form’s settings). It is necessary for the following process. For example, you could create a group called “New subscribers” for new sign-ups and “Confirmed” for the subscribers that successfully completed the double opt-in procedure.

After the subscription form and “New subscribers” and “Confirmed” groups are created, go to the automation section and create an automation that is activated by the trigger “Subscriber is added to a group”. To learn more about triggers, click here.

You will now need to choose the “Email” step and create a confirmation button in the campaign that will activate the second step after being clicked. Here’s an example below:

When a subscriber clicks on the confirmation link, they will be moved to the “Confirmed” group. But a few more configurations are needed. Let’s continue by adding the following steps to the automation’s sequence: 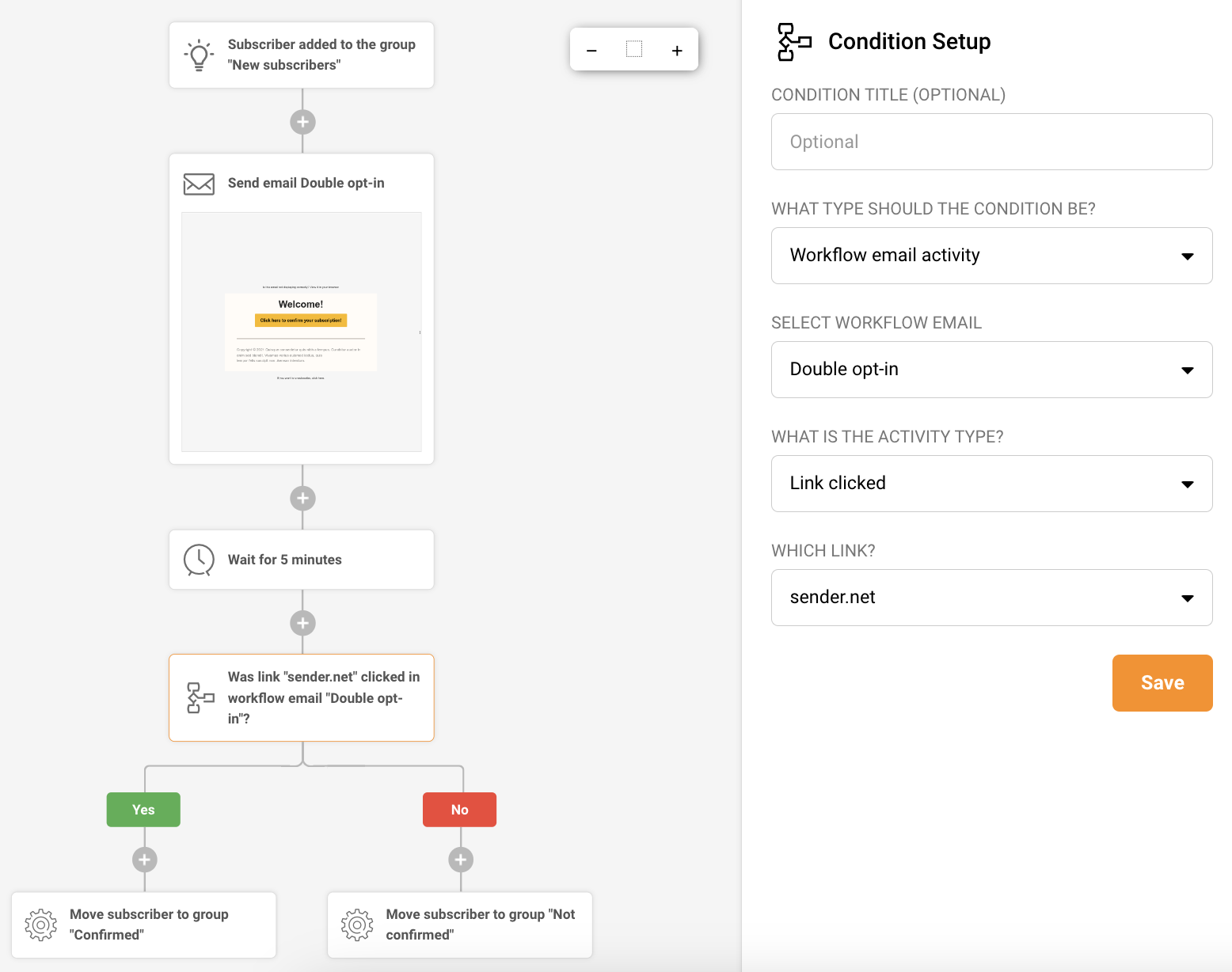 That’s pretty much it. The sequence is relatively simple. The recipient subscribes via your subscription form, gets added to a group, and the automation gets triggered. Then the automation sends a confirmation email with a button and once it is clicked the subscriber gets automatically moved to the group “Confirmed.” If not, they get moved to the group “Not confirmed”.

If you got stuck on a specific task or can’t find a way to execute a particular job, contact our support team via LiveChat or [email protected] – we’re here to help 24/7.

Get started with a free plan

With our Free Forever plan you can send emails to up to 2,500 of your subscribers.